What I actually want to stop talking about, so I’m going to talk about it, is the efforts to use Jezebel as the foundation for the house of cards within the Holiness movement as the anti-makeup and jewelry monument (idol). A statue erected and constantly glorified across pulpits to disparage and to dissuade the usage of such things.

Ok – so first off, I’m not saying to stop talking about the Bible, or the story of Jezebel! There is a powerful principle of being unequally yoked together with an unbeliever. In the case of Ahab, a Jewish King, marrying a Canaanite princess, who served many gods was a disgrace to the line of Israel and a continuation, as 1 Kings 16 declares, the sins of many kings before Ahab.

What I actually want to stop talking about, I’m going to talk about it…and that is the effort to use Jezebel as the foundation for the house of cards within the Holiness movement as the anti-makeup and jewelry monument (idol). A statue erected and constantly glorified across pulpits to disparage and to dissuade the usage of such things. You’ll hear all about the Jezebel spirit, the ‘harlot’ spirit. I’ve heard so-called Christian women refer to another woman who wears makeup in such a fashion, “Just look at that Jezebel!”

In fact, the inspiration to this writing is a comment I received on my article Why do some legalists forbid wearing Jewelry and Makeup?  that again used the ‘Jezebel’ reference. And I don’t mean to disparage the person making that honest comment, but something glaring came from it that can and should be addressed.

I can’t help but remember a Baptist preacher who taught on the transitionary nature of the Book of Acts and how certain people ‘hang their necks’ on certain portions of Scripture without seeing the fullness of the entire testimony. In that particular case, he was speaking of the way in which the Oneness Pentecostal doctrine views Acts 2:38 as the fullness of Gospel Salvation (how to get saved) but do not read the rest of the book as the description of history and transition as it was played out. 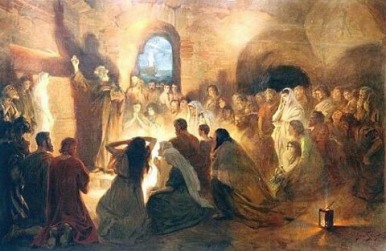 This was something that my studies also led me to understand. The book of Acts was a description of the forming of the New Testament church, it is a window into the history of the Apostles, early missionary journeys, and incredibly, the way in which the Gospel was opened up to the Gentile bride (Acts 7/8) due to the thrice rejection of the Messiah by the Jewish people.

As we see the transitions take place we also notice some fundamental changes (requirements) because of a shift from a Jewish to a Gentile audience. And there is a difference. (Acts 15, Jewish Believers still maintained the Law of Moses, Gentile Believers did not and are not commanded to) But the description of early church practices, such as communal living, selling all earthly goods was certainly NOT a prescription (Commandment) to the entire New Testament church from the days of the Apostles up to the Second coming of Christ.

For example, let us look at some very plain Prescriptions (commandments) vs. Descriptions to illustrate the difference and why it matters in this narrative.

From this text, we draw very clear and strong conclusions of a commandment. Much like the original commandments that Yahweh gave to Moses, they weren’t ambiguous, unclear, nor arguable or debatable. The pronouncement is clear: People who do certain behaviors will not inherit (enter in to) the kingdom of God.

“And awe came upon every soul, and many wonders and signs were being done through the apostles. And all who believed were together and had all things in common. And they were selling their possessions and belongings and distributing the proceeds to all, as any had need.” ~ Acts 2:43-45, ESV

From this text, we draw a conclusion that the early church was very communal, taking care of the physical (food, clothing, shelter) needs of each other as was needed under the persecution taking place, not just from the Roman front, but later a Jewish attack against Christianity.

The times demanded particular behaviors, and while we read about them, we don’t take this description/history as a prescription (commandment) that we are to sell all of our belongings, developing communes and live as a single community.

In a negative light or a positive light, descriptive texts should not be used as foundations or proof texts for prescriptive commandments unless they are coupled with very clear commandments.

Jezebel, the Golden Calf of the Holiness Movement

Recently, a comment was left on a previous article as I already mentioned. This is not a criticism of the commenter, just an illustration of how this connection happens;

We cannot take just 1 Bible Verse and “run away with it.” We must read the ENTIRE meaning.
They decked their Faces with Paint (Make-up), and put on Ornament (Jewelry) also. Does that not sound like Jezebel to you?

This is in reference to Ezekiel 23, an incredibly strong, blatant, graphic account of the harlotting of Jerusalem and Samaria, symbolized as two sisters who engaged in much prostitution, debauchery, and idolatry who had turned away from the Lord. This prophecy, given to Ezekiel was intended to provoke the prophet into proclaiming God’s disgust, displeasure, and desire for repentance upon the lands that he called his own. Verse 36 even says, “Son of man (Ezekiel), will you judge Oholah and Ohobilah? Then confront them with their detestable practices.”

The two sisters, Oholah (Samaria, the Gentiles) and Oholibah, (Jerusalem, the Jews) at one point were prophetically (not literally) decked with crowns, bracelets, makeup, oils and fine linens, beds, etc., and then judgment came upon them for their prostitution, adultery, and debauchery. Nowhere in this description, nor elsewhere does Scripture teach that makeup, and/or jewelry was the prescription for their debauchery, and yet we can see and hear people making this connection via the Jezebel story simply because of the mention in Scripture.

We could conclude, as others have with the makeup and jewelry, that the olive oil, beds, fine linen, and other descriptive items were equally sinful, right? There is no doubt a reason for the mentioning of these things, but to use ‘honorable mentions’ as commandment prescription is dangerous, to the creation of false doctrines.

1 Kings 16-22 recounts the history of King Ahab of Jerusalem who reigned C 874-853 BC and includes the final days of Elijah the prophet who was responsible for the killing of the prophets of Baal (the religion to which Jezebel belonged) (1 Kings 18) and then his feeling from the wraith of Jezebel in 1 Kings 19.

The problem with Jezebel, and Ahab, was not the makeup, nor jewelry. Rather, it was that Ahab was far from God, Yahweh, and marrying a princess of Caanan brought with it the need to erect temples to the false god Baal (1 Kings 16:32) in order to please Jezebel.

The story of Jezebel picks back up in 2 Kings chapter 9, long after Ahab’s death. When Elisha anoints Jehu (2 Kings 9:6) as King his first commandment, and seemingly the reason for Jehu’s anointing, is to destroy the house of Ahab and with it, the judgment of Jezebel for the murder of God’s prophets and people that she had wrought in retaliation for the slaying of the priests of Baal by the hands of Elijah. (1 Kings 18:20-22)

And the only portion of this story that comes up in this particular vein of thought is one small verse, that says, “And she painted her eyes and adorned her head and looked out of the window.“, (2 Kings 9:30)

Somehow this simple act of hers, obviously attempting to disarm Jehu with her beauty, is the crux of the story. Little mention is given of her life of sin, murder, worship of false gods, the destruction she brought to the priests of Yahweh. Rather, all the legalists can focus on, is that she painted her eyes and put on a wig. Thus, anyone who paints her eyes and wears a wig…is a Jezebel.

At this point, it seems almost a moot point to iterate again how silly of an argument this is, but there are people who believe it so it is important, in love to explain these things. This article is long for a reason – because we needed the contrast of descriptive vs. prescriptive texts to understand the literary meanings being expressed by the writers, then twisted and perverted by modern readers.

As noted in my original article, Why do some legalists forbid wearing Jewelry and Makeup? there are many locations within Scripture that speak very, very favorably of makeup, and jewelry, the adorning of the body, and indeed even makes the connection with the Bride of Christ (the Church) preparing herself for her groom (Christ). (Rev 21:2) 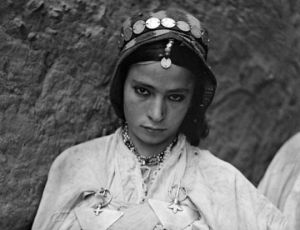 There are many great resources into the customs of Jewish weddings, the attire of men and women in that ceremony. The 10-coined headdress, necklaces, and other jewelry were part of a traditional, sacred Jewish wedding ceremony. MacArthur and other BIble commentators have made notes about this when reviewing select Scriptures. We even see the God of Heaven and Earth, in the form of man, Jesus Christ, speaking of these coins in the parable of the lost coin in Luke 15:8-10. And in no way did He (Jesus) condemn this, but rather made the analogous connection of the joy a young woman would feel upon finding one of these lost coins as to the joy expressed in heaven when one sinner repents.

We must be very careful not to add anything, or take anything away, from Scripture, in our attempts to honor Scripture. The legalist will add to the word their own concocted dogmas, such as we are speaking about here, while the equal and opposite force will attempt to take things out of Scripture for the sake of not offending people or for allowing sinful behavior. Both are condemned in Scripture. (Deut 4:2, Deut 12:32, Rev 22:18)

Just for the record – I’m not out here arguing these points to get people to do these things. My wife does not wear makeup, and I’ve never asked her to. She doesn’t need to, and only will if she chooses to, and that makes me happy. My purpose is not to endorse the makeup industry but to endorse the proper handling of the Word of God.