NextDo you have to hate your family to follow Christ?
Bible StudyCultPentecostal

Throwing the Baby Out with the Bathwater

Some of the most basic concepts of Christianity and Biblical knowledge are often skewed by organizations that take over your thinking, individuality and personal responsibility. For instance, I existed for 15-years in an echo-chamber. I was forbidden from following other pastors and learning from them, even pastors in our organization. I was to ‘learn my shepherd’s voice’ and no one else’s.

I don’t get paid for any of my ministries, not this blog – not the YouTube channel, nothing. None of my sites are monetized. (I have a Patreon account but it isn’t used) But…if I could get $1 for every time someone says “Don’t throw the baby out with the bathwater”, I could be like Rick Warren and live off proceeds. Seriously.

Ironically – I have literally counseled hundreds of people, young and old, to do just that. Toss out what you thought you knew – start from scratch – hit the reset button. Thankfully, when it comes to knowledge, doctrines, dogmas, and beliefs – there IS a reset button. And when you exit a high-control religious organization, (AKA a cult) you need to start from Scratch with God – because He isn’t who they said He was.

Look – I get the premise of the phrase, ‘Don’t throw the baby out with the bathwater!’ In essence, most people from the community of faith sincerely mean, don’t give up on God while you are giving up on those old belief-structures. But not always – recently someone commented on one of my videos, “Don’t throw out the baby with the bathwater – (cha-ching!) Keep the good stuff you learned in the org, and throw out the bad!”

Problem is – how does one know what the ‘good stuff’ is, and what the ‘bad stuff’ was? From the perspective of the one giving that advice, the good stuff is what they still happen to believe in and support (which will likely change in the near future) and the bad stuff is the stuff they didn’t like. In other words, that kind of advice exposes the very same echo-chamber type mentality that these people are coming from. 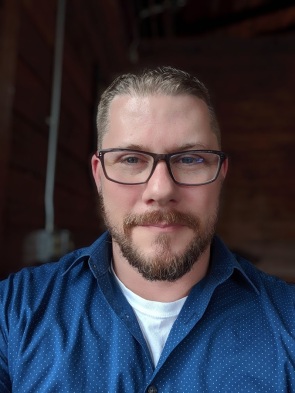 I remember sitting across the living room from a man I admire and respect, discussing topics of doctrine from the old system I belonged to. The man I was speaking with was also questioning some of the side-dogmas of the organization such as their ultra-legalistic dress and behavior standards and control. But when it came to the core doctrines of the organization as it relates to earning salvation, their understanding of the Godhead, and speaking in Tongues, this man still hung on to those beliefs. He has since left them (as I said in the previous paragraph…beliefs are likely to change) but at that time he asked me where I stood on those positions, saying, “Please don’t throw the baby out with the bathwater. (cha-ching!)”

I responded this way;

I’ve thrown it all out. I’ve started over. If 5 of the 10 things we just talked about were blatantly against Scripture, I must assume that the entirety of the system was in error and instead of regurgitating what I had been told for so long, I’m throwing that baby down with the dirty bathwater and I’m starting all over. I’ll make a new baby if I have to.

That’s such a morbid sounding analogy, someone should do some Googling to find out who came up with that phrase…but we understand the premise! If the last pie you baked was bad – you don’t stop baking pies, you flush that recipe and find a good one! But when it comes to God – we learn from being babes and maturing into the meat of the word. (1 Cor 3:2) You have to become basic in understanding (wipe the chalk-board clean) (Mat 21:16) and have child-like faith, which is starting from the bases, infancy in Christ. Starting from scratch. (Mat 18:2-4)

It’s incredibly important to put a disclaimer here – I’m not talking about when someone goes from one local church to another. Maybe they attended a Reformed Baptist church and then found a quiet, loving or fun non-Denominational grace-based church in their area to attend. You don’t need to walk this process of starting all over and #relearningGod (as my buddy John says) in that case. I’m specifically talking about people who knowingly have left an organization that has been classified as a cult, or an fundamental, high-control type organization. (For a list or definition a cult, see this article)

Some of the most basic concepts of Christianity and Biblical knowledge are often skewed by organizations that take over your thinking, individuality and personal responsibility. For instance, I existed for 15-years in an echo-chamber. I was forbidden from following other pastors and learning from them, even pastors in our organization. I was to ‘learn my shepherd’s voice’ and no one else’s. The books we read, news we listened to, and even the curriculum of the Bible Collge I graduated from were carefully combed and procured to ensure it was only ‘our way’ of thinking.

Outside sources of information were restrained. Wikipedia was as good as corrupt. The internet was for … false information and lies. In fact, I was stunned to learn that the majority of people in the organization I belonged to couldn’t tell you what the Reformation was, or what the difference between Arminianism and Calvinism is. Our beliefs and doctrines were sheltered to say the least. When I learned that other Bible colleges encouraged their students to visit other churches and belief systems I was stunned, shocked … and even felt robbed of experiences that may have done me some good.

So what are the basics? What babies are we throwing out with that bathwater? What are the things you should relearn, to start from scratch and find out who God really is?

The bottom line is this – You have the freedom, responsibility and wonderful goal of answering all of these questions for yourself! Scripture teaches us that;

Study and do your best to present yourself to God approved, a workman [tested by trial] who has no reason to be ashamed, accurately handling and skillfully teaching the word of truth. ~ 2 Tim 2:15, AMP

Nowhere in the Bible does it say you have to have another man teach you all things. We know that the goal of a pastor, an elder, or a Shephard is to feed the flock (spiritually) of God, and physically as we saw in the book of Acts, but each of us is given the commandment to know and handle the Word skillfully.

What is more important is that the Word also commands us to monitor and test the teaching of others to make sure it aligns to the Word of Truth. How can we do that…if we don’t know it ourself?

“Beloved, do not believe every spirit [speaking through a self-proclaimed prophet (a teacher)]; instead test the spirits to see whether they are from God, because many false prophets and teachers have gone out into the world.” ~ 1 John 4:1-6, AMP

In Fundamental organizations, it is often discouraged from challenging leadership or questioning authority. To even utter the phrase, “I don’t think that’s a correct interpretation of Scripture” in my past would have been blasphemous, rebellious and self-ostracizing. Yet, it’s a Biblical commandment.

You DO need to, if you’ve come from a high control system, throw out the baby with the bathwater, start from scratch, re-fill the tub with clean water and cleanse your mind of the old ways, and renew your mind with the new ways, daily. (Rom 12:2)  Go on a treasure hunt of answering those questions for yourself – pick a study guide, reference several studies on the same topic, see how they line up.

Bottom line is the command to skillfully handle the Word, while given from Paul to Timothy, is actually a commandment of us all – for how can we measure and gauge another man’s teaching, if we are ignorant of the Word ourselves? That was the biggest result of the Reformation of the 17th century – the ability for ALL to have access to God’s word, to judge in themselves it’s sayings and to find peace in their creator individually and not solely through a priest.

So go ahead – throw out that baby with the bathwater (cha-ching!) and relearn God the right way, in prayer, and supplication, from an honest and searching heart!

If any of you lacks wisdom [to guide him through a decision or circumstance], he is to ask of [our benevolent] God, who gives to everyone generously and without rebuke or blame, and it will be given to him. ~ James 1:5, AMP