NextAm I a Christian if I Don’t Go To Church?
Bible StudyCult

Take a B.I.T.E out of Cults

This is why the word ‘Cult’ stretches far outside the realm of religion. Many organizations and individuals outside of any religion can be cult leaders and many have existed in the past and present. The most extreme current example is the government of North Korea and it’s leader Kim Jong-Un.

There are many things Scripture makes abundantly clear – salvation is by Faith alone, faith that Jesus is the Son of God, all of creation was created by God – and that you are not to be ignorant, (unknowing) or out of control of your body, or senses, that wisdom and understanding (intellectual capacity) are encouraged and necessary, and that controlling your own thoughts is crucial to your Christian walk.

So it is no wonder, that organizations who fall under the category of High Control or what can be called a Cult do all they can to rob adherents of those four necessary things, and to ensnare followers with the idea that they should be controlled by another human being, often the leader, or leadership team, group rules, standards and/or ritual practices, and more importantly, thought control – or groupthink.

Steven Hassan coined the B.I.T.E model after leaving the Moonies cult and following the work of other famed psychologists working in the field of mind control, and Mr. Hassan later went on to write the book, Combatting Cult Mind Control.

B.I.T.E. stands for Behavior Control, Information Control, Thought Control, and Emotional Control. Behavior, Information, Thought, and Emotion. If someone can control those four things, they have absolute control of the person, and that is exactly what cults do.

Does Christianity as a whole promote B.I.T.E.?

I’ve heard it said, sadly, a few times, that really, Christianity, and more pointedly, God, fit the bill of this model – especially in the Behavioral realm. The Bible has entire books (Leviticus?) dedicated to what you can and cannot do – and what the punishment,  repercussion or restitution would be for breaking the law.

So yes, to a degree, primarily Old Testament/Covenant Judaism can fall under the strict headline of behavior control. But it stops there. Scripture is replete with the theme, ‘keep yourself free from…’. It put the responsibility on the individual to find their path, to work out their own salvation (with fear and trembling) inside the construct of faith, and later, in the New Testament, through the empowering of the Spirit. But nowhere was the joined and purposeful methods of Behavior, Information, Thought, and Emotional control of followers to be found in Scripture.

While certain historical sects within Christianity certainly can fall under this model, it is not thematic of the New Testament texts. While men, zealous men of past may have created such an environment in their churches and denominations, the Faith, and trust in Christ, does not exude the B.I.T.E. model.

One of the most common characteristics of Cult leaders and Cult organizations is the hoarding of resources, primarily people, and as seen in the image above, to create a system of dependence and obedience to that person, always combined with the promise of reward (obedience) and the threat of punishment (disobedience).

By contrast, Christ came on the scene saying, “Follow me, and I’ll make you fishers of men.” (Matthew 4:19) He even openly told his followers that they would have no resting place and that they would be met with punishment, persecution, and likely, death for their choice. But most important of all of the examples of Christ building his body of followers was that he did not hoard any one of them. Rather, he trained them to leave him. Cult leaders don’t do this.

The real separation between the High-Control and Cult style organizations and true Faith within the Christian world is the impact the leadership method and the organizational method has on its adherents and their families. Consider the chart below;

If I could sum up the article in a title, it would be this. This is the true difference between a cult leader and a faith leader. When I look back over the course of my life, and my career, and my first mentor, I see a dramatic difference between him and the leader (pastor) of the cult I belonged to for 15 years. Like Mr. Hassan, he wrote on his experiences having been part of the Moonies cult.

My mentor would offer advice, and leave me free to follow it, learn from it, even recommended that I modify it, or to reject it. My pastor gave me advice that was to be followed or there would be repercussions. Not just natural cause and effect repercussions – but repercussions directly from my pastor. It might be just a scolding (that hurt like a child feels stung being scolded by a parent) or it could be a loss of position, responsibility, my own perceived ‘power’ within the organization, or, damnation.

My mentor would say, “This is what I’ve always been known to be true, but I’m open to learning more.” My pastor would say, “If I’m teaching something outside of this book (Bible), you obey me anyway.”

My mentor would say to me when asking him a question, “Do you really want to know? You might not like the answer but I’ll tell you…” and leave me free to accept his answer, or not. My pastor would say, “I don’t like people with a questioning spirit who don’t accept my answers.”

Mentors will often say things like, “I believe it will help you, like it did me, to follow this method, but it’s up to you.” Cult leaders will say, “This is the only method or way and you need me to make it, you can’t make it without being submitted to me.” (Often this was sugar-coated with a phrase like, ‘I’m not saying this for my benefit…’ yet somehow he was always the one getting paid for obedience.)

So what was Christ? A Mentor? Or a Dictator?

As seen in the Influence Continuum from the book, Combatting Mind Control by Dr. Steven Hassan, the difference between the two becomes abundantly clear. Healthy leadership will seek to create individuality and empower the individual while unhealthy leadership seeks to create clones that are dependant upon that leader for their ‘success’.

This is the most repugnant character of cult leaders – they don’t repeat St. Paul by saying, “Imitate me, just as I imitate Christ” (1 Corinthians 11:1), rather, they say and demand ‘obedience’ and always entrench that obedience with the idea that it is your eternal soul at risk for disobedience (to the man) by twisting obedience to that individual as equal to obedience to God, taking the seat of Moses as Christ condemned in Matthew 23:2. 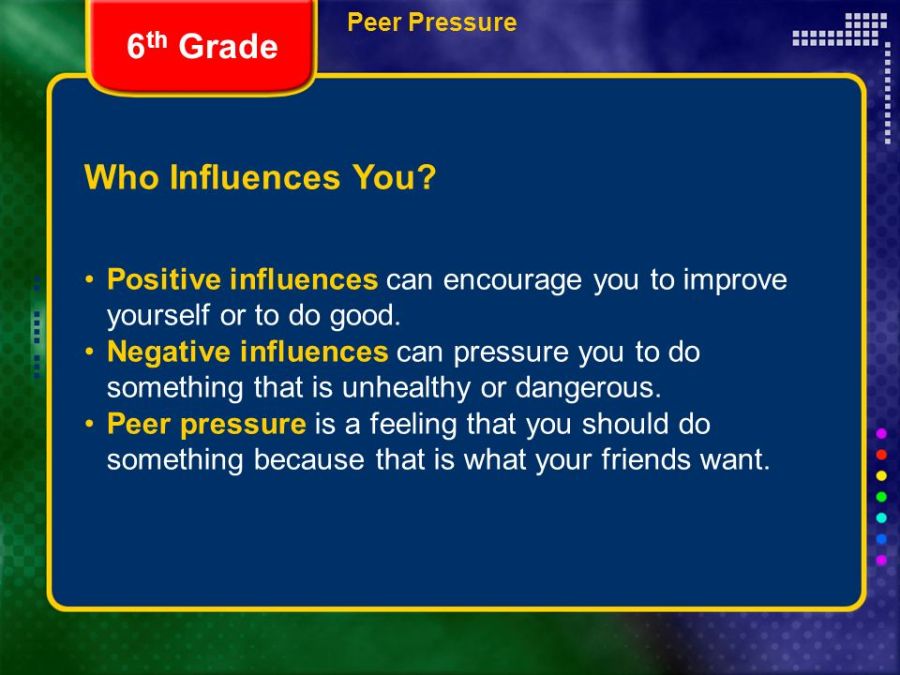 6th Grade Curriculum that should spare us from cult influences!

This is why the word ‘Cult’ stretches far outside the realm of religion. Many organizations and individuals outside of any religion can be cult leaders and many have existed in the past and present. The most extreme current example is the government of North Korea and it’s leader Kim Jong-Un.

The people of North Korea, as seen on state-sponsored videos, are so thoroughly brainwashed and obedient to a man (by force and threat of life), that the picture of Kim Jung-Un is the only picture allowed to be placed in the homes of the North Korean peoples. They weep at his presence and treat him as diety. It is an unhealthy influence that harms its followers, robs them of individuality and leads to obsessive and dangerous adoration of another human being.

(As a side note, another similarity is image/dress control. I existed in a religious organization that controlled the majority of how men and women styled their hair. Likewise, North Korea has 28 State Allowed hair-cuts, 10 for men and 18 styles allowed for women.)

Can you see similar behavior in modern-day cults? Absolutely. I can’t count the times I heard the phrase, “Did you talk to Pastor about this?” or, “What did pastor say about…?” It was never, ‘What do you think Jesus thinks?’, or, ‘Whatever answer you got in prayer is good enough for me!’, but rather, it was, ‘What does the Pastor say?’

Thus, it all comes down to controlling your behavior, influence (information), acceptable ways of thinking, and your emotions. Know this, as G.I. Joe of my childhood would say, is ‘half the battle’ of taking a B.I.T.E. out of Cults!

I have discovered that telling an individual they are in a cult has no positive impact. However, you can start to chip away at the four primary characteristics of a cult – those being Behavior, Information, Thought and Emotion control.

Even when I was part of a Cult I had people warn me constantly, make side comments like, “I’m so thankful that I have never been sucked into a cult…” and it only served to make me dig my feet into the mud. (Or my head into the sand.) However, when I started having things exposed to me such as the rampant thought control and behavior control I truly began to ask questions.

One of the primary catalysts was my son’s relationship to the pastor of the church I raised him in. I wasn’t the best or most communicative dad, but my eyes started opening up when I realized the Pastor was the source of influence in my son’s decision and I was ‘notified’ after decisions were made, even during his teen years and living under my roof.

The pastor conscripted young men of the church to be his servants (my son was one), who would run his errands, carry his coat and Bible after service, deliver messages, even deliver food and pick up supplies from stores for him. I raised concerns and my concerns were met with comments (not from my son) “What are you jealous he doesn’t serve you?” This rocked me because it wasn’t jealousy, it was becoming apparent that they were peons at the service of the King. (and not the diving King)

So sometimes, the best way to take a B.I.T.E. out of Cults is to start exposing the characteristics, through things like the above example. You could ask, “Do you really think it is OK that a young man’s decisions are based on the Pastors complete word on not involving the family?”

Or, “Do you really think it is ok to limit who you can talk to? Sure you have to be careful who influences you, but isn’t that YOUR choice, not another human being making that choice FOR you under threat of repercussion?”

I couldn’t recommend a few books highly enough, so if you find yourself wondering if you belong to a cult, or you have friends, family and acquaintances that you believe are in a cult, the following books will empower you to help support them through it and hopefully get them out.