I Backslid Into Jesus

The majority of Christendom is familiar with the term ‘Backsliding’, referencing someone who has moved backward in their relationship with God, rather than forward, closer to God. The term is naturally used negatively, often with scorn to identify someone who ‘walked away from God’ and is always used to pre-judge someone’s salvation, declaring that a backslider is ‘lost’.

I personally really dislike this method of labeling people, as if we have the crystal ball into their spirit, and are judging what is going on with their personal relationship with Christ. I also believe it is a very un-Christian stance to take – for Paul taught that when someones faith is weak, this is the very time to embrace them, not scold, label, shun, judge or push them away with our words of division. (Romans 14:1)

I happen to like the response on GotQuestions.org to this question, and the first paragraph says this;

“The word backslide, in a Christian context, implies movement away from Christ rather than toward Him. A backslider is someone who is going the wrong way, spiritually. He is regressing rather than progressing. The backslider had at one time demonstrated a commitment to Christ or maintained a certain standard of behavior, but he has since reverted to old ways. Backsliding may manifest itself in several ways, e.g., dropping out of church, losing fervor for the Lord, walking away from a ministry or a family, or falling back into old habits.”

The only problem is, what if ‘backsliding’ from your particular denomination, dogma, or religion actually brings you closer to God?

This has been my story over the last eighteen months. Having been a member of an independent Oneness Pentecostal (Apostolic) church for fifteen years, gaining a 4-year degree from a Oneness Pentecostal Bible College, and being involved in many ministries within that church, to them, I am now completely backslid. I know the doctrines. I learned the dogma. I defended it ardently.

I justified foul behavior for the purity of the doctrine and I even considered, as they do, all other Christians, lost. According to Apostolic Oneness Pentecostals (the majority, there are personal exceptions) all other Christians, be they Baptist, Lutheran, you name the group, they will not be going to heaven, because they do not follow the Pentecostal doctrines.

And when I finally had enough of the stink of judgmentalism, elitism, self-righteous pomp, the hypocrisy of their holiness standards, I backslid. I left the church. I’ll never return, nor attend another Oneness Pentecostal church again.

But something miraculous happened to me, and to hundreds, and thousands of others I’m connected to via this blog, my YouTube channel and many recovery based online groups;

I backslid, right into Jesus 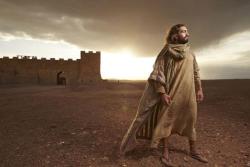 I’ve often joked that Jesus was a backslider of his day, and He met me there in Backsliders Row, somewhere behind the dark life of legalism, in the valley of despair and right before the Light at the end of the tunnel. Interestingly, reviewing the life of Jesus Christ, he did not live up to the Jewish requirements, he refused to obey the Sanhedrin, which was the leading priest class of the time, and while He was with His apostles. they routinely backslid from holiness standards, healing on the Sabbath, eating without washing their hands, etc.

You see, in my old ‘cult’, anyone who backslid was guaranteed to be full of the devil, 10x worse off than when they started out for Jesus. They always used that scare tactic of the story of Ruth – look what happened to Naomi’s husband and sons for ‘backsliding’. Look what happened to all of the earth’s population for ‘not being in the boat’. Of course, the only ‘ark of salvation’ was their church. The only Bethlehem (where Naomi’s family left) is the Oneness Pentecostal church.

And admittedly, I was wracked with fear for the first couple months after my departure. I had heard so many scare stories of ‘look what happened to Bro. so and so when he backslid. His wife left him, kids are hooked on drugs, he died an unrepentant alcoholic…’, or ‘Look at Bro. so and so’s life now – he stopped paying his tithes and his children are homosexual, wife ran off with another man, his car broke down, he lost his dog, his home…’

Ok, so I started getting the author’s creative license on that last one, as it started sounding a little bit too much like a country song – but the point remains the same (and I have actually heard preachers say those things). I waited for the lightning to strike when I stopped writing those tithe checks to fat rich men that didn’t need them. Wondered when the car would break down. When I would lose my job, etc. I was wracked with fear. 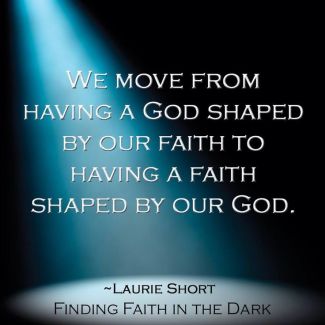 But one thing I never lost – was my desire to Know Christ, and Him Crucified. I never lost my belief, my faith, and my desire to unlearn the lies and to find the Truth. Even saying Truth bothers me now because that was another word of division from the cult – they would do the two finger air quote and say, ‘They don’t have the Truth’, which is their way of signifying they have the only truth. In 2000 years of Church history, a movement born in 1945 are the only ones who ‘figured it out’…

But, I fought through the dogma, the false doctrines, the lies, the standards that are really just New Testament Laws, and through the Word, and in prayer, and in Faith, I captured my fear, bottled it up and replaced it with the fruits of His Spirit.

But the fruit of the Spirit [the result of His presence within us] is love [unselfish concern for others], joy, [inner] peace, patience [not the ability to wait, but how we act while waiting], kindness, goodness, faithfulness,gentleness, self-control. Against such things there is no law. – Galatians 5:22-23

And the epiphany came to me one day, asking me the question, “Are you really a Christian if everything you do is legislated by another man, someone who is teaching you to do things that Jesus never taught, nor His Disciples? Are you a disciple of Christ if your loyalty is to a man? Are you a follower of the Messiah if you are following Dogma instead of His example?”

So, I backslid, right into Jesus.