Is disagreeing with a Church Doctrine just being bitter?

It seems that the most common phrase of religious abusers, and those who are bought in to the abusive system, attacking someone who questions their system, is “You are just bitter”. This defense mechanism holds to weight of fact, evidence or Scripture. Ignore it.

I get a lot of positive feedback, primarily on my YouTube channel, bloggers seem to be less responsive. But every now and then I get that dyed-in-the-wool responder who I can just tell has no grounding for their belief, but they want to tell you that you are wrong, and it almost always comes out as ‘You are just bitter’.

Interesting, that no matter how good of a smile you put on, how polite and respectful you say ‘I disagree’, no matter the Biblical or historical facts you provide, simply disagreeing is being bitter. This is the mark of a system known as Legalism. Either you agree with it, or you are bitter, angry and leading people astray. 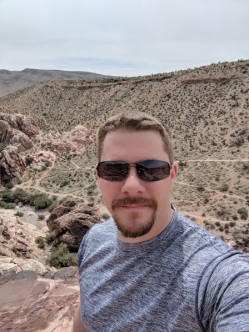 I’ve seen some bitter people in Church. I’m sure we all have. That person who wants a position or feels they deserve a position and chooses to leave a church because they don’t get it. But that is a very different story than disagreeing and questioning church doctrine.

I saw a great saying the other day that I want to change one word on;

Ironically, when it comes to your faith, Scripture explicitly teaches you to have a questioning spirit. Not in bitterness but in seeking the truth. You are not supposed to trust religious (or any other kind) leaders without question. There must come a day when you are able to say, I don’t see that in Scripture and I can’t agree with it.

Beloved, do not believe every spirit [speaking through a self-proclaimed prophet]; instead test the spirits to see whether they are from God, because many false prophets and teachers have gone out into the world. – 1 John 4:1

This spawned from my series called One Flaw of the Oneness Pentecostal Church on my YouTube channel. So, if you are a died-in-the-wool Oneness Pentecostal, this will, of course, make you stick your tongue out like the featured image of this post, unless you are a curious and open-minded person.

On my video, Women Wearing Pants? One Flaw of the Oneness Pentecostal Church, a single negative response came in that said: “You are just bitter”. (I’d link the video but the mall WiFi won’t let me go to YouTube) This comment, of course, came with no positive “Look at this evidence to see if perhaps what you are saying is wrong.”

This reminds me of the Pastor from Arkansas who responded to my video about leaving Pentecostalism with the comment, “Don’t let the door hit you’. Real constructive and it leads me pondering – who is the bitter one here?

Where would we be if no one had disagreed with Church Doctrine?

The irony shouldn’t be lost on us – we would all be Roman Catholics if people like Martin Luther and John Calvin didn’t start questioning the doctrines of the church and saying something isn’t right about this.

What is different of course is when the doctrines you believe are being questioned. However, the real root of bitterness (personal opinion) can be found in Pharisaical dogma. That is to say, man-made doctrines (Mark 7:7) are created to build a platform of power and hierarchical control for people in positions of authority. There is rarely true Scriptural support for these doctrines and dogmas – they are normally assumed or completely constructed beliefs. And when they are questioned? All hell breaks loose.

For instance, in my video Women Wearing Pants, refuting the teaching within the Oneness Pentecostal (United Pentecostal/Holiness) movement I showed clear historical and Biblical evidence that the standards of dress for the Jewish people and New Testament Christians was entirely cultural, tempered with the real Scriptural principle of modesty. This is because the Oneness Pentecostal (holiness) movement teaches that women wearing pants are violating scripture (like Deuteronomy 22:5) and will not enter heaven.

LIke Martin Luther, irate over the Roman Catholic church over creating a ‘works for salvation’ or ‘pay to win’ system, I am writing against a system that tells people they have to perform, dress and behave in certain ways in order to retain a relationship with God. It is no different. And thankfully, after people spoke up, things changed.

Now I’m not claiming to be a Luther, and I’m certainly not bitter but may call me angry if you wish – angry that young people are being destroyed by this system, creating rebellious and angry youth due to being oppressed and starved of life. I’m angry at families being torn apart by religious, pharisaical lunacy, where children would turn on their parents, and parents would turn on their children over extra-Biblical and non-foundational dogmas.

These things I have written to you with reference to those who are trying to deceive you [seducing you and leading you away from the truth and sound doctrine]. As for you, the anointing [the special gift, the preparation] which you received from Him remains [permanently] in you, and you have no need for anyone to teach you. But just as His anointing teaches you [giving you insight through the presence of the Holy Spirit] about all things, and is true and is not a lie, and just as His anointing has taught you, [c]you must remain in Him [being rooted in Him, knit to Him]. – 1 John 2:26,27 AMP

You Are Not Bitter – Keep Speaking Up!

“Keep this up young man, you may just start a much-needed revolution.”