What is the Oneness Doctrine: Modalism

While this topic is entirely too big to wrap into a single blog post, it is something we have had several requests to write about and this will be a summary of what the doctrine of Modalism is. Modalism is also known as Modalistic Monarchianism or Sabellianism and that is the root theology/doctrine that formed the modern term used by modalistic organizations: Oneness.

At the core, Oneness is the abstract rejection of the triune nature of God, known today as the Trinity. Oneness people are proudly anti-Trinitarian and make the same claim as the historic church does – that believing the other doctrine is heretical. In other words, to a Oneness believer, those who believe the Trinity doctrine are heretics, and Trinitarians view followers of Sebbelianism/Modalism to be heretics. 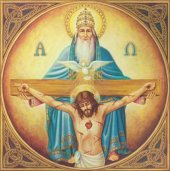 Modalism – The most basic definition of Modalism is that God appeared to humanity in different modes, such as a persona or avatar at different times that are not manifested simultaneously and that each manifestation is not distinct or a co-existent person. That is to say that the first mode of God was the Father in the Old Testament. God came to earth as Jesus (Son) in the New Testament, and after Christ’ ascension, God came to humankind in the Holy Spirit.

At the core of Modalism is the belief that God (spirit) evidenced or manifested himself as Father in Creation, Son in Redemption and Spirit in Action (Book of Acts). Sabellius, as discovered through few extant writings, and mostly by that of his detractors, taught that the three modes of God were never existent at the same time.

That last idea is easily disputed in Scripture, yet it was taught nonetheless. This came from Sabellius being unable to accept the Triad or triune nature of the Godhead because he (from the writings of his opponents and Church writings of his excommunication) felt the Trinitarian view was attempting to teach Tritheism, or that there were three Gods.

This idea still remains true today in Oneness churches, such as Apostolic Pentecostal circles where they teach that Trinitarian believers are teaching a tritheistic doctrine, that there are Three Gods, God the Father, God the Son and God the Holy Spirit. Yet, when you speak to Trinitarians, they repeatedly teach One God, in Three Persons.

Sabellius was a 3rd-century theologian who was excommunicated from the church at large, who took his teachings from Noetus and Praxeus. As at the time of Sabellius’ excommunication, historical and orthodox Christianity then and now considers Modalism in all of its forms a heresy.

The two extreme heresies of the time were Arianism and Sabellianism. Arianism was the doctrine of Arius, who taught that Jesus was a created being by God the Father and was thus, inferior to God. Sabellianism taught that Jesus was just the manifestation of God, after the manifestation of the Father and who became manifest in the Holy Spirit, denying individual personhood to each mode.

Like Sabellius, modern-day Oneness Pentecostals were essentially excommunicated and ejected from their religious housing. It was in 1913 that the modern phenomena of Modalism began again at the Arroyo Seco World Wide Camp Meeting near Los Angeles. There, Canadian evangelist R. E. McAlister began baptizing people in the name of Jesus Only, directly refuting the practice of baptizing in the ‘Name of the Father, and of the Son, and of the Holy Ghost’. That same night, another minister named John G Schaeppe had a private ‘vision’ of Jesus and affirmed the revelation of Jesus Only Baptism.

From there, supporters began requiring anyone who was born in the titles Father, Son and Holy Ghost to rebaptized in Jesus Name, which is still taught in Oneness Pentecostal churches. Their term for the triune version of baptism is, ‘just getting wet’.

Three years later as this dogma began to spread, at the General Council of the Assemblies of God in St. Louis Missouri, the Oneness camp of ministers were told to either accept the Trinitarian views of the Godhead or to leave. Nearly 1/4 of all licensed ministers at the time split from the Assemblies of God denomination and started what we now know as Oneness Pentecostalism, the largest organization being the United Pentecostal Church, International.

Oneness Pentecostalism teaches that the Son is an office that had a beginning, and will have an ending, known as the Sonship. That the Father is God, Jesus is God and the Holy Spirit is God, and they are all faces of the same God, not distinct persons. The modalist teaching causes the belief that when Jesus prays to the father, it is Himself (God) acting as flesh praying to himself, acting as God.

The glaring error of Sabellianism is that it taught that the three modes of God, which are the Father, the Son, and the Holy Spirit were never simultaneously existent, but this does not explain how all three were represented at Jesus’ baptism.

Mat 3:16  And Jesus, when he was baptized, went up straightway out of the water: and, lo, the heavens were opened unto him, and he saw the Spirit of God descending like a dove, and lighting upon him: Mat 3:17  And lo a voice from heaven, saying, This is my beloved Son, in whom I am well pleased. 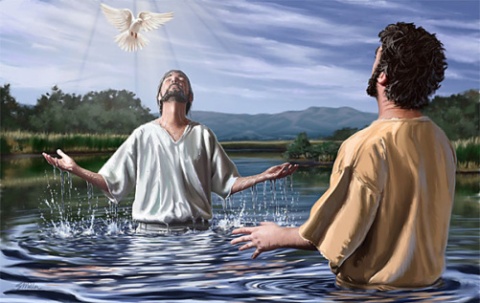 At the baptism of Jesus, the Son was in operation, and the Father spoke from heaven while a dove, representing the Spirit of God landed upon Jesus. All three modes of the Modalistic teachings were present, disputing the notion of Sabellianism that all three modes could not coexist.

Modern-day Oneness Pentecostal teachers explain this as the One God performing all three modes or roles at the same time, not that it was three persons of God in unity at the same time and place which is what the Trinitarian teachings would express.

Modalism must also teach verses such as 1 John 5:7 or Acts 7:55 as either misinterpreted by Trinitarians or that they meant to be seen as analogous, not literally.

1Jn 5:7  For there are three that bear record in heaven, the Father, the Word, and the Holy Ghost: and these three are one.

Act_7:55  But he, being full of the Holy Ghost, looked up stedfastly into heaven, and saw the glory of God, and Jesus standing on the right hand of God,

Oneness teachers will say that the Father, Word, and Holy Ghost are not co-existent persons bearing record in heaven, but that their offices bear record through the ages. Or that when Stephen, at his stoning and just before death, saw Jesus standing at the right hand of God, it was analogous of Jesus being in a position of authority and power, not a literal being standing next to another being.

When Jesus cried out at his crucifixion, “My God, my God, why hast thou forsaken me?” (Matthew 27:46) it was flesh speaking to the Spirit of God. This has the danger of looking like Dynamic Monarchianism, which teaches that Jesus was simply a human being at birth, that he was given god-like power at his baptism, but was then transformed back into nothing more than a human on the cross.

While it is true that the majority of Christendom declares Oneness (modalism) as heretical, it behooves all Christians to study for themselves both the historical records of doctrines and the Scriptural record. Both Modalism and Trinitarian doctrines are very hard for human minds to wrap their understanding around.

For instance, when we read Colossians 2:9 “For in him dwelleth all the fulness of the Godhead bodily.” we can’t fathom that Father, Son, and Holy Spirit were inside the Son…and yet that is a misunderstanding at best. Commentaries point out that the meaning of the Godhead dwelling in him meant all the authority, power and presence of God was in Jesus Christ, who was God.

Our stance is that we find the argument rather semantical and closer to a divider of the brethren than most theological topics. I (the author) was once a part of the World Wide Godhead Symposium, which is a Facebook great, created by Oneness Pentecostals for the purpose of talking about the Oneness doctrines and debating Trinitarians. My stint in the group disgusted me because it wasn’t learning or studying, it was simply fighting over split hairs.

While knowing God and believing that He Is is critical, and believing that Jesus IS God and that he DID rise from the dead and ascend into Glory, He made it very clear what was the most important aspect of our faith and knowledge of Him;

Jas_1:27  Pure religion and undefiled before God and the Father is this, To visit the fatherless and widows in their affliction, and to keep himself unspotted from the world.

The Oneness teacher will say that you cannot get any doctrine right if you are off on the Godhead (Oneness). Trinitarians declare that if you believe in Modalism you’ll spin off into all sorts of false doctrines. From this point on they will hate, judge, gnash and defy one another – all the while, the Work of Christ goes undone until the bickering ends.

Doctrine is important, paramount we might say – but what is the Greatest Commandment(s)? A theological debate, symposiums, and creeds, temples, and buildings, or hungry mouths, cold bodies, empty souls, and faith in action?