NextAre you taught to keep the Law of Moses?
Bible StudyCultlegalism

The New Birth – Are Pentecostals/Legalists getting it wrong? Part #2

The New Birth. Being Born Again. The moment of Salvation. The Reception of Grace. What is this mystical and magical moment in time? What does it look like? Feel like? Do you know it happened? Do you feel something? Do you speak in tongues? Do you enter a trance?

Recently I was asked by a Pentecostal who began to question her church system what my thoughts were on the New Birth, the Trinity, and Speaking Tongues. In Part #2 we’ll talk about the evidence in Scripture of what the New Birth is without private interpretation.

But as many as received him, to them gave he power to become the sons of God, even to them that believe on his name: – John 1:12, KJV

The Gospel of John begins with an interesting look at the Godhead, and this interesting nugget about the Word (Jesus), AND receiving Him. That reception of His Spirit, or receiving of Christ is an important part of this article. This begins a long Scriptural journey on the word Believe, and what the New Birth really is, according to Jesus.

According to Merriam-Websters’ dictionary, the word believe means

to have confidence in the truth, the existence, or the reliability of something, although without absolute proof that one is right in doing so:

In Matthew 18:3, Jesus rebuked his disciples and told them, ‘Truly, I say to you, unless you turn and become like children, you will never enter the kingdom of heaven‘. It is commonly believed that ‘become like children‘ references having child like faith. 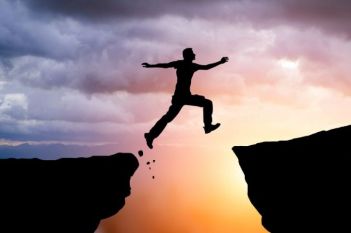 The word believe is found 124+ times in the New Testament alone, which speaks to the importance of the concept. While we do not have time to adequately discuss all instances, we can pinpoint a few critical mentions.

Beginning in Mark 1:15 this same word is used synonymously with believing on the Gospel, whereas before it was said to ‘believe on His name’.

To highlight the importance of believing, consider Jesus’ very strong  words in John 8:24;

To the Oneness Pentecostal background that I came from, two very important doctrines or dogmas were created to support their beliefs.

As noted in Part 1 of this article, Oneness and many parts of the Pentecostal denomination refer to Acts 2:38 as the absolute, concrete method of salvation and that anyone who does not perform these steps, or physical actions cannot be saved.

Act 2:37  Now when they heard this, they were pricked in their heart, and said unto Peter and to the rest of the apostles, Men and brethren, what shall we do?
Act 2:38  Then Peter said unto them, Repent, and be baptized every one of you in the name of Jesus Christ for the remission of sins, and ye shall receive the gift of the Holy Ghost.

That is to say, salvation comes only after one has repented (which equates to adopting Holiness standards), being baptised in Jesus Name, only by a Pentecostal Minister and the words ‘In Jesus Name’ must be spoken, not ‘In the name of the Father, and the Son, and the Holy Ghost’, and lastly, you must receive the gift of the Holy Ghost.

Receiving the Holy Ghost means you spoke in tongues, making speaking in tongues required for salvation. At this point, you may be tempted to look at Paul’s teaching, and his rhetorical question, ‘do all speak in tongues?’ which the answer to is no.

1Co 12:29  Are all apostles? are all prophets? are all teachers? are all workers of miracles?
1Co 12:30  Have all the gifts of healing? do all speak with tongues? do all interpret?

Yet, the Oneness Pentecostal will say, there is a difference between the Gift of the Holy Ghost (initial evidence of Speaking in Tongues) and what Paul calls ‘speak with tongues‘. The gift of Acts 2:38 is your own personal prayer language, while Paul spoke about the gift of Tongues and Interpretations.

Paul said, paraphrased, ‘No, not all will be apostles or prophets. Not all believers will be teachers or workers of miracles. Not all will have the gift of healings and not all with speak with tongues, or interpret tongues!‘

What does all this mean?

It means, to a Oneness Pentecostal, that you cannot, and are not saved unless you;

A) Agree and live within the confines of their legalism, or what they call, Holiness, (Read here for what Pentecostal Holiness means) which refers to repentance.

B) Are baptized, as a consenting individual (or a child if you’ve received the Holy Ghost) by full immersion in water, only by an ordained or self-proclaimed Pentecostal minister, who says, specifically utters the benediction ‘In Jesus Name’ while baptizing you.

C) Received the Gift of the Holy Ghost, by the evidence of Speaking in other Tongues, not to be confused with the Gift of Tongues, or Tongues and Interpretations. 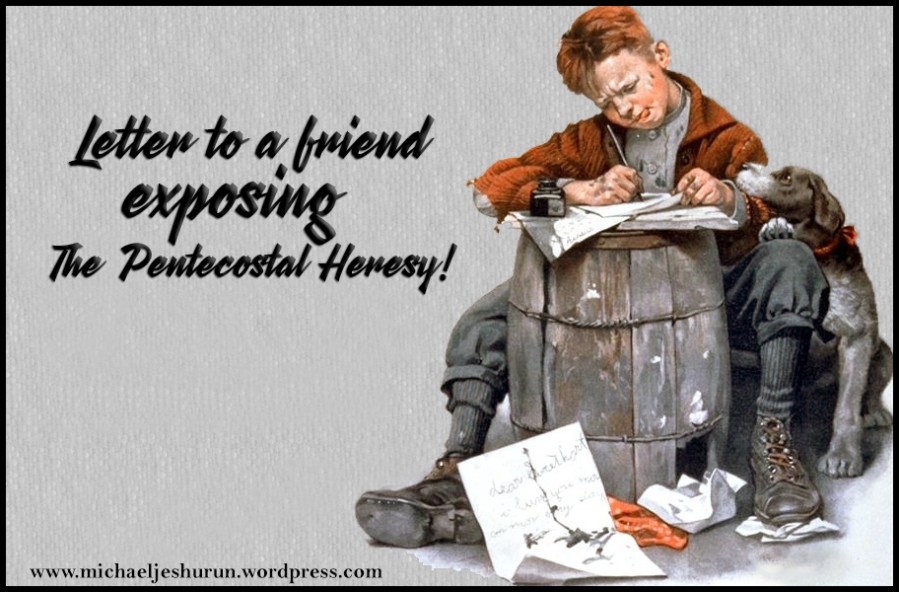 So what is wrong with all of this?

The real problem comes in when you use hermeneutics to example the Book of Acts, the process of how the message changes from Jews to Gentiles, and what Salvation looked like in the rest of the Bible.

For instance, when reviewing Acts 16, a different picture is presented.

After reading this, contrast two opposing thoughts. First, Oneness Pentecostals say that when the phrase ‘Believe on the Lord Jesus Christ’ is uttered, or just, ‘Believe’, that the Apostles are referring to the Acts 2:38 only, that is a simple repetition of the original salvation method.

Secondly, in Acts 2:37, the men did not ask, ‘What must I do to be saved’, instead they asked, ‘Men and brethren, what must we do?‘. To me, this is an important distinction.

If Paul was preaching the same Acts 2:38 message that Peter taught, why didn’t he repeat it here, when he was specifically asked, ‘What must I do to be saved?‘.

One person once told me, ‘Why would he repeat it? It was already said!‘. This to me is a silly answer, for two easy to understand reasons.

#1 The Jailer Paul spoke to was NOT present at Acts 2, only Jews were in Jerusalem’s inner court during Peter’s message, and,

#2 These people didn’t lug around a 66 book Bible like we do today. The Jailer had no Acts 2:38 to reference. The book hadn’t been written yet!

So then, when we ask the question about the New Birth, Are the Oneness Pentecostals getting it wrong?,  the easy answer is Yes.

We will talk about the remaining evidence in Part 3 of The New Birth – Are Pentecostals/Legalists getting it wrong?