NextYou have a problem with Authority!
Bible Studylegalism

Surviving the ‘You cannot be saved if…’ Gospel

I am ever amazed at the litany of ideas men will conjure up in God’s stead, ideas of what God requires and what God hates, things not found in His Word, His Handbook, nor inspired by His Spirit, yet, and ironically, the legalists cling to their rules & regulations is if it was a childs safety blanket, living in fear of what monster stares at them, waiting for them to peak out of the blanket. Why is that?

And how do you survive the Ye cannot be saved if… Gospel, and come out with more faith and joy in the Salvation of Lord? Go at it God’s way, through His Spirit!

“Now therefore why tempt ye God, to put a yoke upon the neck of the disciples, which neither our fathers nor we were able to bear?” – Acts 15:10, KJV

What is this yoke that Peter speaks of here? The Law of Moses, known now as Legalism, or living by the Law. The Old Testament rules and regulations. Note the importance of the Apostle Peter’s words, when he said, ‘neither our fathers or we are able to bear.‘

Not even the Jews, under the law could bear the full brundt of what that meant! How then do we suppose to be able to continue being under that yoke?

Well, we aren’t, we are now under the dispensation of Grace, under the Mercy seat of Jesus Christ and washed by his blood, justified by His Spirit!

Well, then why do we continue being led by wolves in shepherds clothing to the altar of sacrifice, to have the blood of Christ shed over and over again by our many works?

“Making the word of God of none effect through your tradition, which ye have delivered: and many such like things do ye.” – Mark 7:13, KJV

In my Oneness Pentecostal background and experience, a very common phrase was, ‘Don’t come peeken out from under the blood…’ That blood being the safety blanket of legalism, and they instilled fear in the children of God like frightful stories parents tell their kids to enforce obedience. 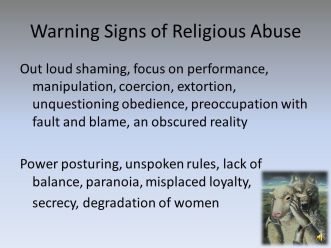 The Council of Jerusalem (Legalism)

Acts Chapter 15 is a timeline and narrative of the Church leaving legalism. They continued with circumcision (the main focus of the council) for the Jewish converts, and we later see Paul circumcising Timothy so as not to offend the Jews during their missionary travel.

As a matter of fact, until Acts 18:7 Paul made his primary mission the Jews, as did Jesus, and His Discples. Their target audience in the Gospels and early church was only Jew. But the apple that upset the cart was the Gentile bride. And in Acts 15, the Jew and Gentile church collides. (Matthew 10:5-6, Matthew 15:24)

And certain men which came down from Judaea taught the brethren, and said, Except ye be circumcised after the manner of Moses, ye cannot be saved. – Acts 15:1, KJV

The Jewish people clung to Moses’ law, even after becoming believers in Christ. It was ingrained into the fibre of their being, their culture. To be circumcised, was to be Jew. And this starts a chain of demands legalists will make, and it didn’t end with circumcision, but the whole Law of Moses.

But there rose up certain of the sect of the Pharisees which believed, saying, That it was needful to circumcise them, and to command them to keep the law of Moses. – Acts 15:5, KJV

You cannot be saved if…

Man made up rule after rule, after endless and sickening rules of what will keep you from Heaven! The Bible has a very short list, and yet man compounds, expounds and creates his own mini-Kingdom of God, a kingdom God doesn’t want!

What is a glaring hypocrisy is New Testmanent (Grace) preachers continuously using Old Testament covenants as Law for us today, such as making them equal to the requirements for salvation!

Now the works of the flesh are manifest, which are these; Adultery, fornication, uncleanness, lasciviousness, Idolatry, witchcraft, hatred, variance, emulations, wrath, strife, seditions, heresies, Envyings, murders, drunkenness, revellings, and such like: of the which I tell you before, as I have also told you in time past, that they which do such things shall not inherit the kingdom of God. – Galatians 5:19-21, KJV

The list is endless and nausiating. Yet, how does it compare to Scripture, especially the Acts 15 Council of keeping of Law?

Wherefore if ye be dead with Christ from the rudiments of the world, why, as though living in the world, are ye subject to ordinances, (Touch not; taste not; handle not; Which all are to perish with the using;) after the commandments and doctrines of men? – Colossians 2:20-22, KJV

Known unto God are all his works from the beginning of the world. Wherefore my sentence is, that we trouble not them, which from among the Gentiles are turned to God: But that we write unto them, that they abstain from pollutions of idols, and from fornication, and from things strangled, and from blood. – Acts 15:18-20, KJV

Forasmuch as we have heard, that certain which went out from us have troubled you with words, subverting your souls, saying, Ye must be circumcised, and keep the law: to whom we gave no such commandment: – Acts 15:24

Surviving the you cannot be saved if… Gospel is as easy as obeying the true Gospel!

The church forefathers, the Apostles decreed to whom we gave no such commandment:, thus, any ‘preacher’ that commands you obey law after law and commandment after commandment is not working under the guidance of the Holy Ghost, the Word or God. They are working for their own agenda, and their own ideals, and their own kingdom. Not the Kingdom of God. 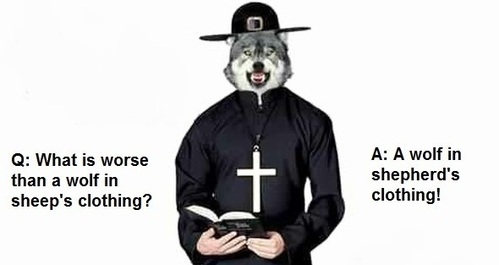 The tragedy to these types of churches (Spiritually Abusive Churches) is the scars that are left behind, the judgmentalism that will be ingrained, perhaps the loss of faith, despising of God, His Word, or his true ministers and people.

If your leader or church structure is full of demands that simply cannot be found in the Bible, then you are under a false yoke of commandments, and law, and not under Christ. Your survival depends upon you grasping God’s word, leaving the unhealthy environment, and clinging to the Gospel of Grace, and Love, and Mercy.

But the fruit of the Spirit is love, joy, peace, longsuffering, gentleness, goodness, faith, Meekness, temperance: against such there is no law. – Galatians 5:22, 23